The Long Bridge Across The Long Highway

This is starting to look like a food blog and it's alright with me but I didn't intend for this blog to be just about food. I want to share a lot of interesting stuff I find around me and they might be mostly food but not always. So I'll be posting some random stuff I've taken pictures of from time to time like this one right here. 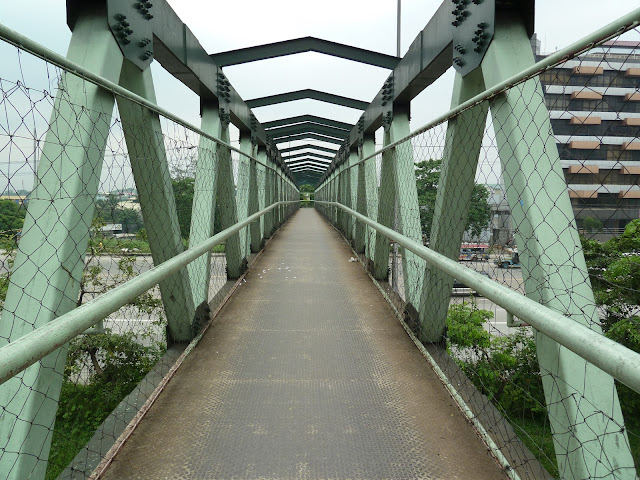 I went to buy some of my favorite organic products one weekend and I had to cross this very long bridge to meet a friend afterwards. It was about 4 in the afternoon and I was alone on the bridge so I took a couple of pictures right when I was in the middle before I continued walking on to the other side.

The walk to the other side looks to be a long one and it was too. I'm glad the sun was already going down when I took this walk. The bridge was made of steel too so in the middle of the afternoon at 12, it would have been so hot walking through here. The steel planks made me feel like I was going to board a sea vessel at the end of this bridge.

How long is this bridge exactly? It runs across several lanes on both sides of the highway. 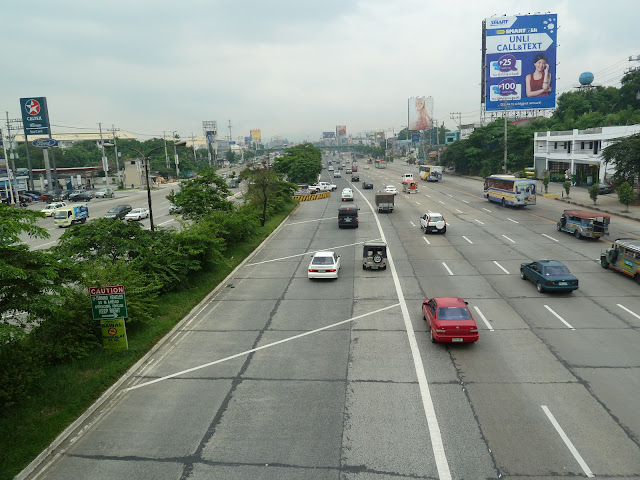 It's kind of walking through a tunnel despite the airy view because the whole length of the bridge is walled up with wires. Here's a closer look. 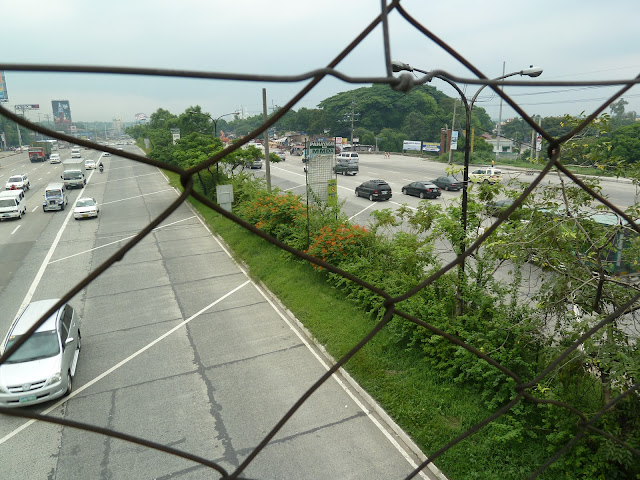 By the way, there are so many bridges like these along this highway that I don't know if each one has a name. Structures like these are commonly called "overpass" and are pretty convenient for commuters. Some are shorter too and this is one of the longest ones I have had to cross. Sometimes the climb up is so tiring and long that I wish they'd have escalators instead of stairs. Some of them get clogged up during heavy rains and you end up having a flood on the bridge which is really a headache when you have to cross one.

Although these bridges help to get people off the streets and avoid accidents, they can still be such an eye sore to the whole landscape. I guess I haven't gotten used to them always being in the picture when I look at the horizon.