With anime, we glimpsed the culture of Japan and all the cute and functional stuff that await one in Daizo and Saizen and Japan Home. Now that K-pop has landed on our shores, bb creams and several Korean cosmetic brands are also now in our malls and of course, just like Japan before, Korean food has also acquired an audience here. 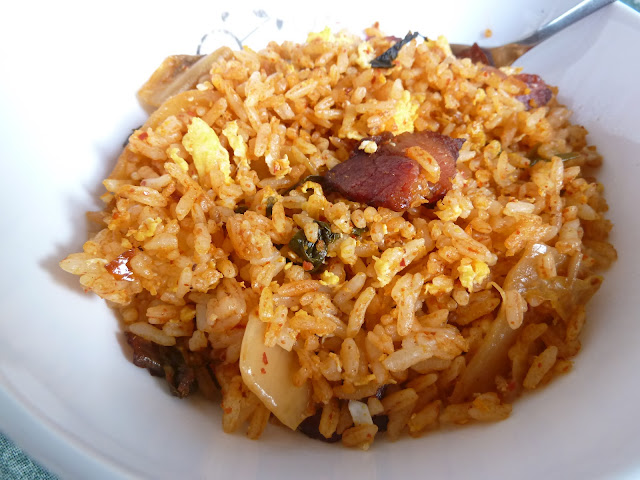 I remember a couple of times when I was surprised to find a huge crowd in the Trinoma activity center with a lot of girls holding placards in Korean. Turns out they were fans of boy bands who visited the country to perform for them. The fans were really enthusiastic and appreciative of their idols.


Even though the venue was small, the crowd's cheering made it sound like a huge concert. People like me inside the malls felt like we were inside a club because we could hardly hear each other talk but we were just amused and not really annoyed. Of course, we had to tolerate being stepped on and shoved aside as we traversed the tight traffic to get inside the department store.

Well, these days, I don't have much time to go out so while I was out one day, I decided to bring home something Korean from the grocery. I know this is hardly authentic but I tried it anyways. Thus, did I bring home a jar of Kimchi.

Sadly, I forgot to take a picture of the jar before opening it. I had seen how to make Kimchi Fried Rice on YouTube so I just followed that and came out with this red-orange creation.

A friend of mine once told me that you had to have an acquired taste for kimchi to appreciate it. I must say my friend was right. The taste was a combination of many flavors: a little sweet, sour, salty, a tiny taste of bitterness from the green veggies and really spicy. Maybe it was because of the veggies in my kimchi. They had radish and chinese cabbage to choose from and I choose the former.

Having low tolerance for spicy food, I thought I was going to cry after I finished my bowl of fried rice but a glass of juice did the trick. I'm not sure though if the spiciness was because of the kimchi itself or because I overdid grinding peppers again. Looking at the very red specks on the rice though makes me think it's the kimchi.

Will I try this again? I think I would but maybe as a condiment instead of on my friend rice. I think it's tasty but I wouldn't say delicious in the general sense of yummy. I think it tastes interesting enough for me to actually want to taste it another time but on a different dish. :-)

Anyway, I also brought home another Korean treat, a sweet one this time: Korean cakes! Now, I don't know if the fillings are the same as in Korea but these were filled with either chocolate, peanut butter and pastillas. They were yummy too and firm outside but soft inside with the filling. I could have finished off the whole box of 24 mini cakes but I had to share of course. 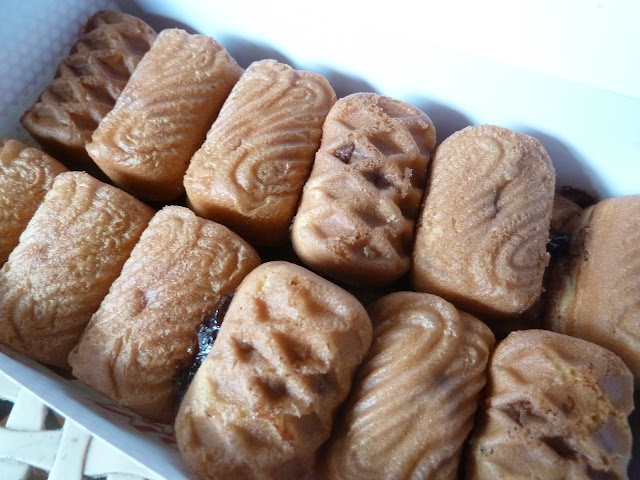 The patterns don't really represent the flavors as I found out. They're just there for the cakes to look pretty I guess.

Well, hopefully I get to taste some authentic Korean treats real soon and maybe watch a concert or two. Meanwhile, I'll just content myself with watching Korean food shows and Kpop bands perform on YouTube.