A Mini-Tour of Legazpi, Albay

After basking in the beauty of Mt. Mayon, next on our list was a tour of the city. We rented a car with the driver and headed off to explore as much as we can of the city in the little time we had.


Our first destination--Cagsawa Ruins, Daraga, Albay. There were many tourists when we arrived and it was hard to take pictures of the place without any people but I was finally able to take this picture of Mt. Mayon when people started going back to their cars for lunch.

Next on our itinerary was the Nuestra Senora dela Porteria church which was situated on top of a hill. Since we arrived in the middle of the day, the church's all white facade made it hard to take pictures without the washed-out effect so we had to find a good spot with a bit of shade to take a clearer picture.


One thing noticeable about this church is that the whole structure is dipping to the right side due to a major earthquake. From the side of the church, Mt. Mayon is clearly visible. We were lucky it wasn't hidden by clouds the whole of our stay in Legazpi. 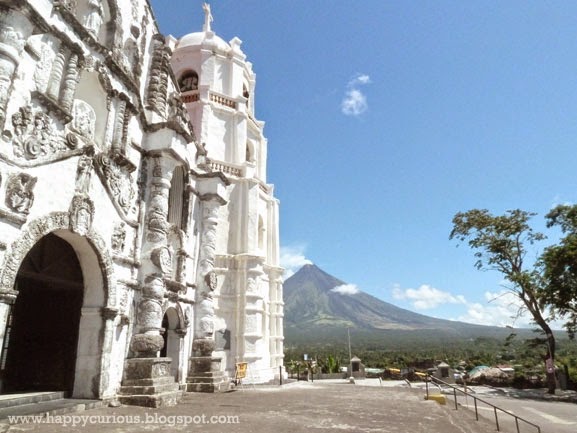 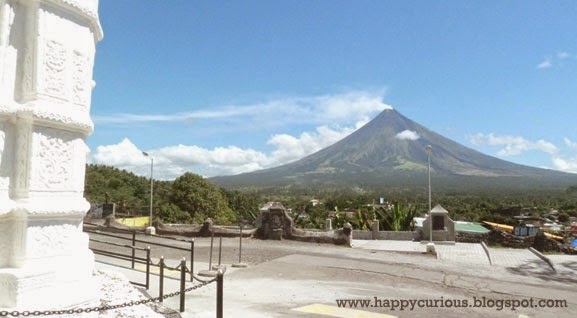 Another destination on a hill was next on our itinerary--Lignon Hill. There were stuff for adventurers along the way, such as a zipline, but we opted to just enjoy the view. 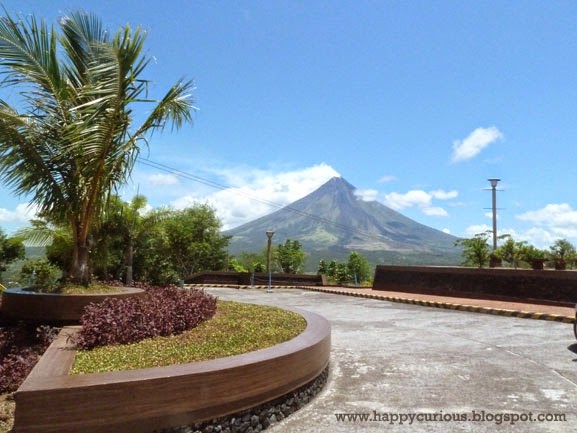 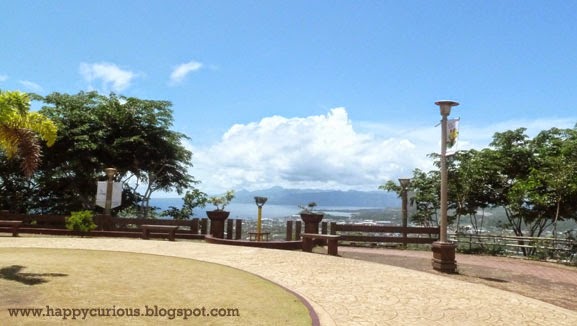 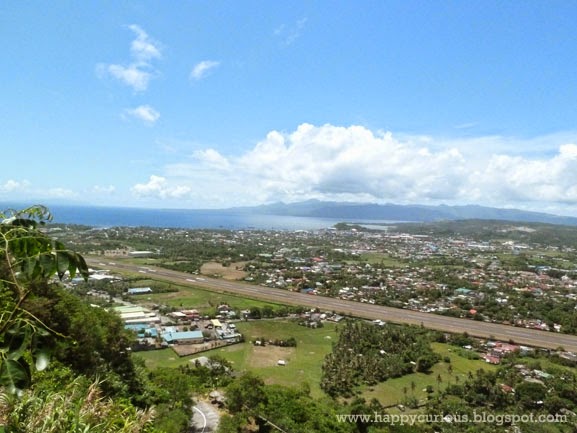 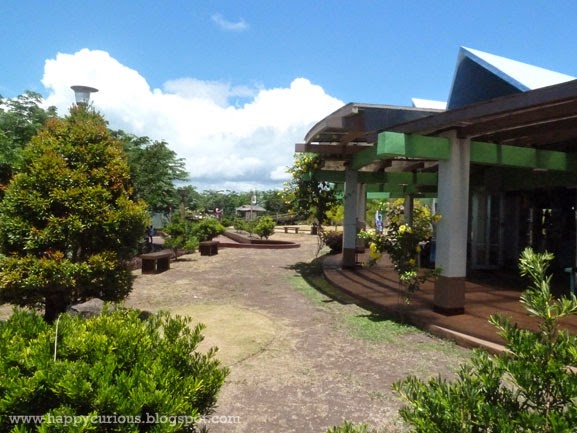 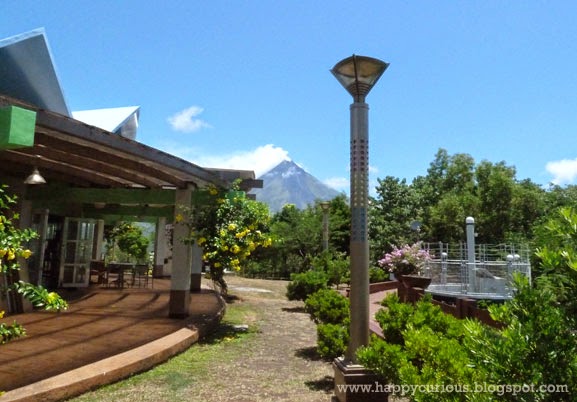 There were lots of souvenir vendors inside the facility selling everything from t-shirts, bags, caps, hats, fans to keychains. But we were thirsty so we were thankful that someone was selling cold drinks. It was great to enjoy more of the scenery from up here but we couldn't stay long, so off we went for some lunch and our next destination.


The owner of the car we rented requested that we visit his resort, Black Sand Beach Resort. We accepted the invitation as it was a personal invitation and a view of the beach on a hot day was pretty welcome. 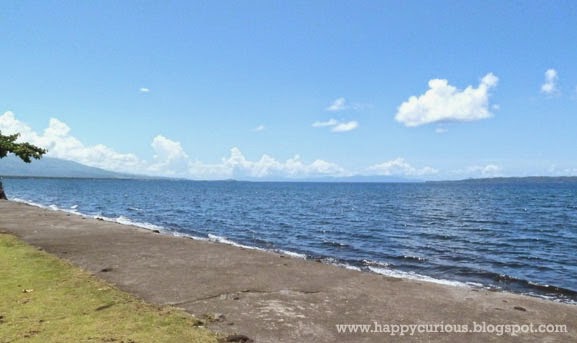 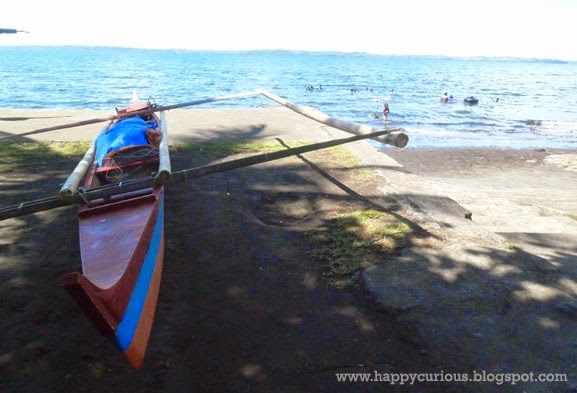 The black sand was a main attraction of the resort and what gave it its name. But we could not stay long so we just rested a bit in the cool shade of the trees and chatted with some of the locals. We also bought some kitchen knives from vendors plying their items along the beach.

Our driver recommended Busay Falls next. We thought it was just 1 but it was composed of 7 different falls situated in different parts of the mountain. The clincher was, you had to climb different peaks to reach each of the falls.

We were pressed for time as our car rental was about to run out. So we asked our tour guides to just take us to the falls that we could reach in an hour so we had ample time to go back down and return the rented car. They agree, so off we went, huffing and puffing climbing up and climbing down as well.


Luckily, peaks and falls 3 and 4 were near each other so we had some time to rest, enjoy the water and take pictures.

Going up and down the peaks was a bit tricky because the ground had moss and was moist so it was slippery and the pathways were steep with not much to hold on to. I was fortunate to be wearing trekking shoes while my companions were wearing slippers.

We had 2 guides to help us but since me and Raymund were able to manage, our 2 companions Dia and Chelle ended up being helped by the guides the most. We joked that the 2 of them had made the guides their personal assistants.

From ATV riding to climbing mountain peaks, we had a full day so we were satisfied to be taken back to our lodgings to change and rest a little. When we had done so, we commuted to our last 2 stops of the day before going back to Manila that night.


We asked around for the best souvenir to bring back to Manila and we were told to buy different kinds of dried fish from their source. So we took a tricycle to this strip of the highway near the bay where local fishermen dried their fish and sold them cheaper than in the markets.


We had to wait for some of the vendors who had the type of fish that we were looking for so in the meantime we took pictures and enjoyed the ocean breeze.


After buying our fish, we went to the nearest mall in the area the Embarcadero where we bought souvenir shirts, some trinkets and had a filling dinner while enjoying the cool night wind from the ocean.


After this, we booked ourselves seats in the more expensive bus with comfy recliner seats, air-conditioning and a restroom since we were going to travel almost 16 hours to go back to Manila. The bus amenities made the ride back home much more comfortable but I don't think I'll try traveling by bus for 16 hours any time soon.

Still, this was a pretty satisfying adventure and I wish we could have explored more of Legazpi but there are still other place to go and see with my friends.