A beach getaway is always a welcome escape from the daily grind but one that also allows you to help a good cause is even more amazing.


Me and my friend Sarah attended a "vegan glamping" trip to Cagbalete Island to help the Bantay Dagat Patrol volunteer group keep the sea around the island and the fish safe from illegal fishing activities. The best part was, we did it while having fun and staying healthy.

I stumbled upon this event while looking around online and I was immediately interested. I proposed the idea to my friend and our last hurrah for summer was decided.

The trip started with a meet-up in Pasay so we can all board the bus. Then it was a tranquil ride to Mauban Port where we waited for our motorboats to take us to the island. In the meantime, we took pictures of the sunrise which highlighted the port's monument to its hero with a golden hue all around.

We walked a rather long way along the pier to where our motor boats waited. We carried food as well which was ordered by one of the members from V. Kitchen. The walk served as a warm-up for the many adventures to come and though it was tiring, we didn't mind as we enjoyed the morning sunshine with its peaceful view and without the usual noise from city highways and vehicles. 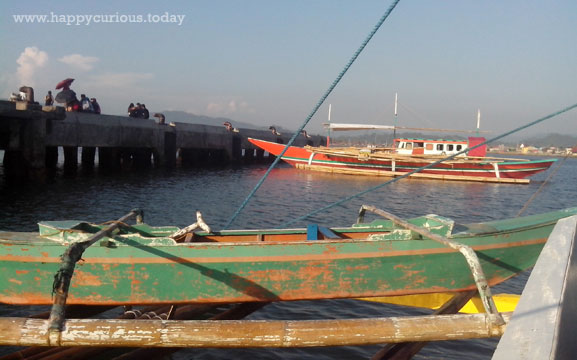 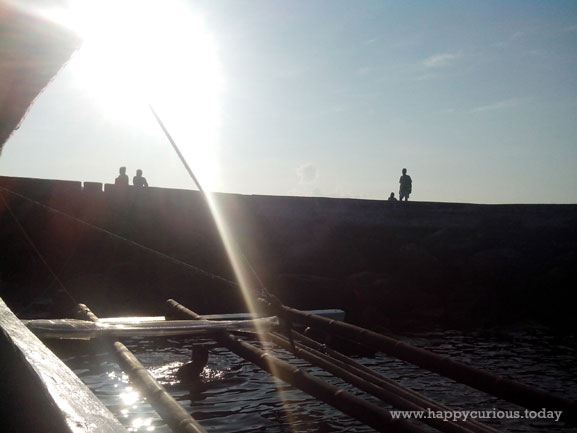 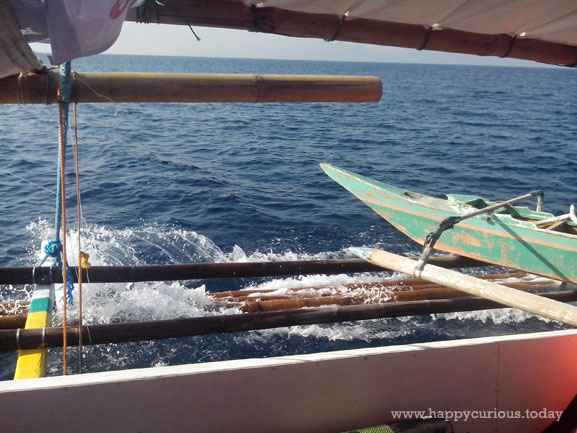 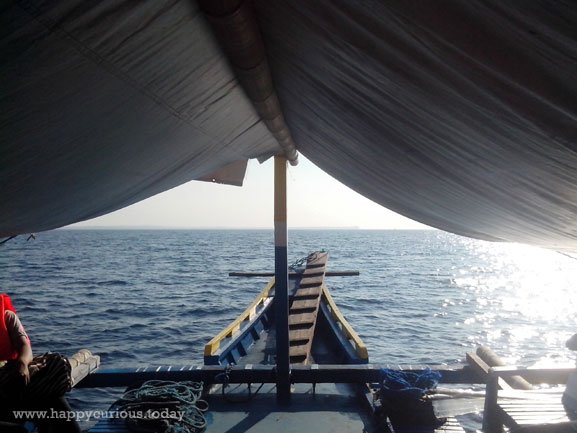 The sea provided solace and almost made us sleepy as the waves lulled us into contemplation of what the island adventure had in store for us. Me and my companion wondered what the part about "there may be trekking involved" means. We didn't really mind because we enjoy trekking and have done our share of mountain climbing as well. But since we were going to a beach destination, this sounded intriguing.

We were the last boat to arrive on the island and we had the food stuff with us. However, the boat could not get close to shore because it was low tide and even if we tried pushing the boat closer, its was bottom was already scraping the sea floor. There was no choice but to walk the long way to get to the shore of the resort while we carefully balanced ourselves on the uneven sand so as not to lose our food.

So this was the trekking part and it was a unique one. Trekking on marshland (because that's what it felt like) was definitely great exercise. It promoted camaraderie in our group and heightened our appetites too. 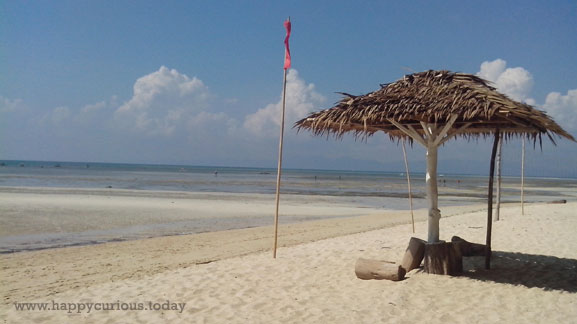 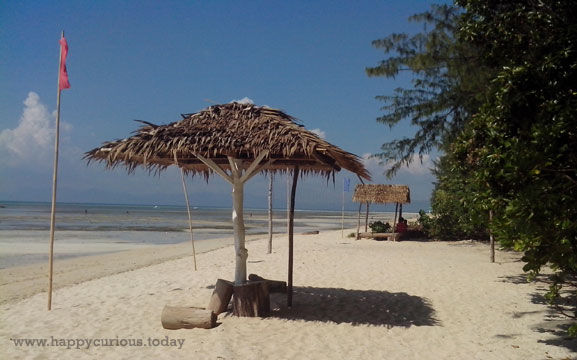 We were met by resort staff and helped to get on shore. Our bags had a spot to stay while we enjoyed our first vegan breakfast for the day.

There was fresh buko juice which we were encouraged to drink from the coconut shell itself. As one of the resort owners described it, drinking the buko juice from the shell is like practicing your kissing skills. I have yet to confirm if my skills benefited from the experience at all.

After breakfast, we trekked some more into the center of the island for tree planting. Apparently, the middle of the island was bare and planting more trees helped to lower the heat of the sandy island and provide fresh air for the whole island.

There were several resorts on the island but we stayed in the Aguho Playa Resort. The resorts had their own generator to provide power to the electric fans in the huts where visitors can stay. On the other hand, since we were "glampers", we had our own tent already made for us and ready for occupancy upon our arrival.


A surprise awaited us inside from the sponsors of the event.


We took some time to laze around and admire the view after our tree planting activity. The tide was slowly rising and so we were eagerly watching for the waters to finally reach the shoreline so we could enjoy some swimming when afternoon comes.

It was indeed a glamorous camping event. All we had to do was laze around for the rest of the day after another healthy and filling, vegan lunch from the talented, vegan, cooking wizard Odessa Karuka and her team in the kitchen.

We enjoyed delicious fare such as Sinugno (traditionally, fish cooked in coconut milk, but here replaced with tofu wrapped in seaweed), which I had never tasted before and some of the dishes we brought from our boat. Vegan muffins and brownies were very delicious desserts too.

We spent all afternoon enjoying the sea. However, the water was really warm and it was funny to hear new swimmers comment on how hot the water is when they first come into contact because we had the same, surprised reaction too. It was like swimming in a salty, jacuzzi for us but it didn't stop us from enjoying the water even though we had to take breaks once in a while to keep the salty water from irritating our eyes and letting our wrinkly fingers recover.

Another memorable experience was the kayaking which we all had a turn to experience. There were 3 of us on a huge kayak but we couldn't get it to go straight at first because we couldn't synchronize our paddling. It was frustrating but funny at the same time as we were going around in circles. But then, some of the first-timers were doing the same. After the morning trekking, this served as our upper body workout. We also met a new friend and we tried to teach her to float but weren't too successful with it.

For dinner, we had more delicious vegan dishes to sample. There were vegan croquettes, laing, and even some nilupak, made the traditional way by the campers themselves during the bonfire. We learned about this the next day because we were too tired from the swimming and kayaking to stay awake for the bonfire after dinner.

Sleeping was difficult in the tent because it was small and we couldn't stretch our legs. The air was also warm and the sand uneven so we had tossed and turned all night. But I guess the vegan diet helped a lot because even if we didn't get enough sleep, we still had energy for next day's activities.